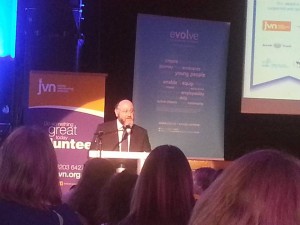 It was a big night for 11-year-old Oliver Abrahams when he received a certificate from the Jesner Foundation for his voluntary work in the community.

The ceremony took place at the Camden Centre, Kings Cross, on July 2 when Oliver, as co-compere, introduced the Mayor of Barnet, Councillor Mark Shooter, and the Chief Rabbi, Ephraim Mirvis.

Oliver, who is a pupil at JCoSS, the cross-communal Jewish Community Secondary School in New Barnet, was recommended by his school for his volunteering over the past year. This included providing food for the homeless, visiting residents in care homes, fundraising in scouts and visiting a long-standing member of Belsize Square Synagogue, Anne Simmonds, who sadly passed away in June.

Oliver used to visit her, accompanied by his brother, Harry, and his mother, Izobel, who attended our cheder as Izobel Kerry and follows in her parents’ footsteps as a member. They sang Hebrew songs to Mrs Simmonds and took her to synagogue and their home for the festivals. “I will never forget her kindness and sense of humour,” he said. 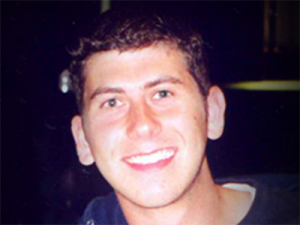 Oliver received his award from Marsha Gladstone whose son, Yoni Jesner, was tragically killed in 2002 in a suicide bombing on a Tel Aviv bus. The 19 year-old Glaswegian was actively involved in Jewish charity work and study before starting medical school. The Jesner Foundation was established in his memory to encourage Jewish youngsters to volunteer their time and help.

Oliver said: “Yoni has been an inspiration to me and I hope that I can follow in his footsteps with all the wonderful work that he did in putting others before himself. If you would like to volunteer there are many opportunities available on charity’s website.”

This entry was posted in Our congregation on July 10, 2015 by admin.