March is here and with it the 75th anniversary of the very first service of what was to become Belsize Square Synagogue.  We will be celebrating over the weekend of March 21-22 with special guest Rabbi Ismar Schorsch, who will speak at a communal Friday night dinner and during Shabbat morning service, to be followed by a communal kiddush and talmud shiur. 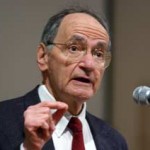 Rabbi Schorsch is a most distinguished scholar and compelling speaker, and was formerly chancellor of the Jewish Theological Seminary in New York. But more than that, his personal history mirrors our community’s. He was born in Hanover where his father was a respected rabbi, and left following Kristallnacht to seek refuge from the grip of Nazi terror, in parallel with so many of our founder members.  Fittingly, Rabbi Schorsch has become a leading authority on German Jewish history.

Update: Ritual is the DNA that defines who we are – get a flavour of Rabbi Schorsch’s thinking from his article in the Jewish Chronicle.

The Zemel Choir: German composers in the UK

On 9 March 2014, The Zemel Choir will perform a concert of music by German composers who lived in, or visited, England, whether as tourists, young immigrants or political refugees. Come and join us for a performance that includes choral classics, great synagogue music and light-hearted songs from film and Berlin cabaret. The concert features music by Felix Mendelssohn, the most famous composer of the mid-nineteenth century and a figure whose music has been popular with British choirs for over 150 years. We will be performing one of his most enduring motets, Hear My Prayer (‘O for the Wings of a Dove’), as well as solo songs and extracts from his most popular oratorio, Elijah. Alongside works by Mendelssohn we will be singing music by Julius Lazarus Mombach, a composer born in Germany two hundred years ago who settled in England at the tender age of thirteen. Many of his compositions now form the core of the British Jewish choral repertoire, and will be familiar to those who have attended weddings or synagogue services in the UK. We will also be including music by Mischa Spoliansky and Werner Richard Heymann, émigré composers who were active in the fields of film and cabaret composition, and who fled to the UK before the Second World War.

The concert forms part of the inaugural season of the Belsize Square Synagogue music committee, which focuses on music from Berlin, and follows a trip to the International Louis Lewandowski Festival and a study day focusing on German composers and music of the twentieth century. Come and hear a rich musical feast, with Musical Director Benjamin Wolf, organist Michael Cayton and a team of soloists that includes The Zemel Choir’s regular cantor, Robert Brody, Belsize Square Synagogue’s new cantor, Paul Heller, and sopranos Louise Katin and Naomi Sheer. The Germans are here, and their music is beautiful.

Please contact the synagogue office to book your tickets!