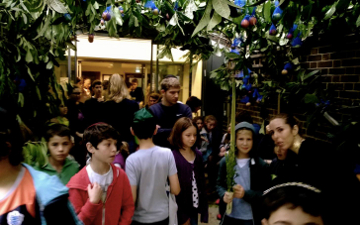 Belsize Square Synagogue is a thriving progressive Jewish community blending modernity with tradition. Uniquely within the UK, it derives from the continental liberal (or liberale) movement, having been founded in 1939 by refugees mainly from Germany. While many members are children, grand-children or great-grand-children of the founders, the flavour of Belsize Square is enriched by young people and families who have joined from around the world, creating a lively, welcoming and friendly atmosphere.

We cherish and maintain our distinctive heritage especially through our synagogue services and music: 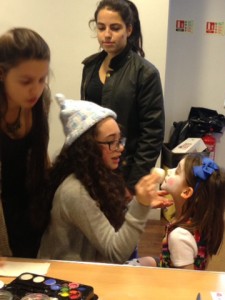 Belsize Square Synagogue is independent and not affiliated to any of the major strands of Judaism, but maintains its own thriving communal life with a full range of activities: 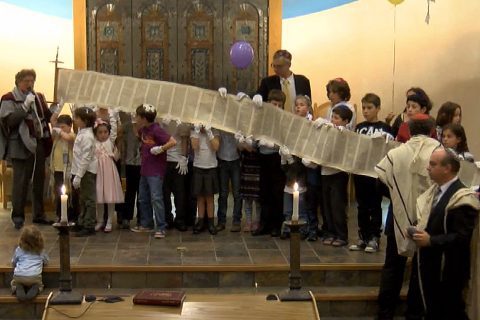 The first service held by what was to become Belsize Square Synagogue took place on 24 March 1939 in the continental liberale manner, organised by a group of refugees mainly from Berlin and Frankfurt-on-Main. Initially there was no formal congregational organisation, and each service was conducted by a different rabbi and cantor recently arrived in the UK.

The group was supported by Lily Montagu, one of the founders of the English Liberal Movement and a lay minister in the Liberal Jewish Synagogue, who enabled them to use the Montefiore Hall for Friday evening services. However, despite her help, the founders of Belsize Square Synagogue could not simply integrate into an existing synagogue like their orthodox and reform refugee counterparts. Coming from the continental liberale movement, English liberalism was too radical for them.

In June 1939 this ad hoc state of affairs was formalised by the foundation of the New Liberal Jewish Association, which became Belsize Square Synagogue in 1971. Lily Montagu was its first chairman and Rabbi Dr Georg Salzberger (formerly Frankfurt-on-Main) and Cantor Magnus Davidsohn (formerly Berlin) its first permanent ministers. 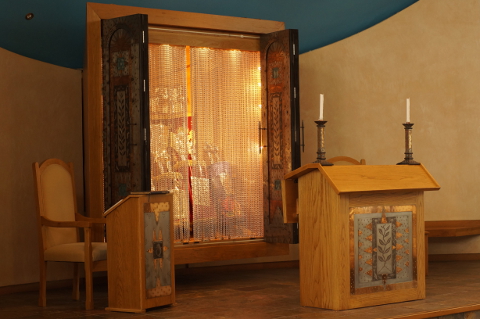 Initially, the new organisation occupied rented rooms in Swiss Cottage, until in 1951 a former vicarage at Belsize Square was acquired and converted to accommodate a modest synagogue seating 80, communal offices, and a religion school. More recent refurbishments have created the modern, beautiful and inspiring synagogue we know today. Now, the sanctuary and synagogue hall can hold more than a thousand people, uniting the community under one roof, with air-conditioning, a state-of-the-art sound system, and disabled access to the bimah.

There have been comparatively few changes in the ministry of Belsize Square Synagogue since its foundation. Rabbi Salzberger was succeeded by Rabbi Jakob Kokotek, and by Rabbi Rodney Mariner before Rabbi Dr Stuart Altshuler was inducted in 2011. Cantor Davidsohn was followed by Cantor Joseph Dollinger, Cantor Louis Berkman, Cantor Larry Fine, Cantor Norman Cohen Falah, before the arrival in 2013 of Cantor Paul Heller.

The community, however, has gradually transformed from an exclusively refugee congregation to a much more indigenous one (that nonetheless attracts recent immigrants from as far afield as South Africa and Iraq). Sermons – originally given in German – have long since changed to English, and instead of the erstwhile Ashkenazi pronunciation of Hebrew, services are now conducted using Sephardi pronunciation. 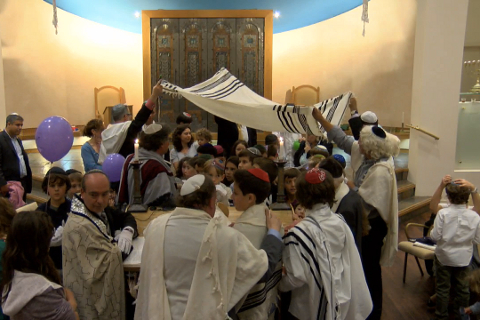