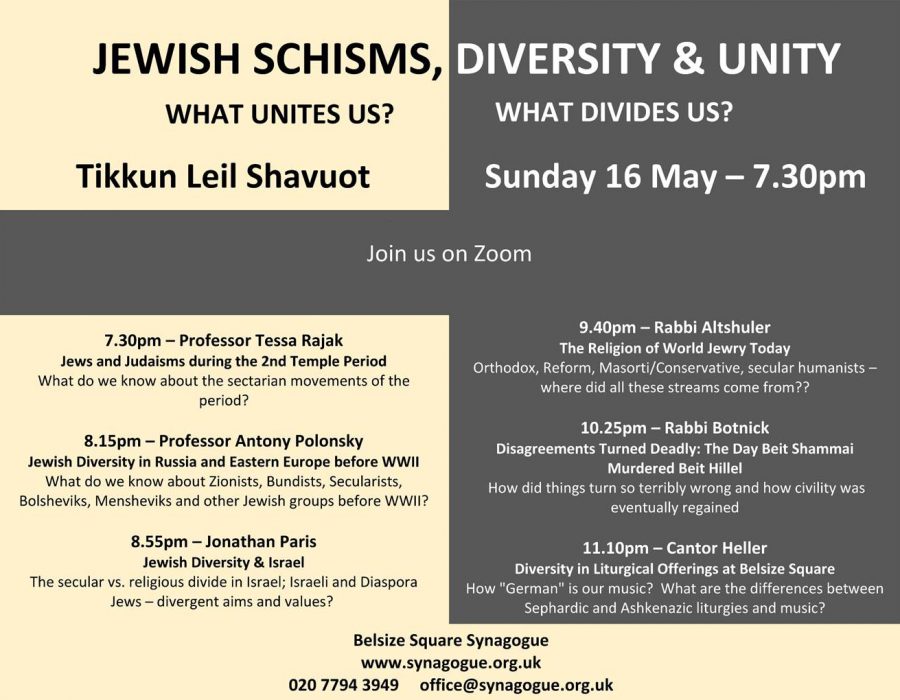 19:30 Professor Tessa Rajak: Jews and Judaisms during the second temple period: what do we know about the sectarian movements of the period?

20:15 Professor Antony Polonsky: Jewish diversity in Russia and Eastern Europe before WWII: what do we know about Zionists, Bundists, Secularists, Bolsheviks, Mensheviks and other Jewish Groups?

21:40 Rabbi Stuart Altshuler: The religion of World Jewry today: Orthodox, Reform, Masorti/Conservative, secular humanists – where did all these streams come from?

23:10 Cantor Paul Heller: Diversity in liturgical offerings at Belsize Square: How “German” is our music? What are the differences between Sephardic and Ashkenazic liturgies and music?

Join us on Zoom – see News from the Square for details, or contact the office.