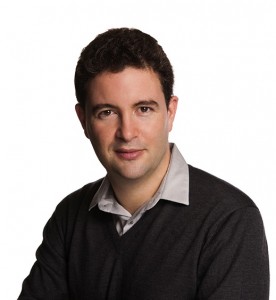 Benjamin Wolf works as a conductor, pianist, composer, singer and academic. He is Musical Director of the Zemel Choir, the Wallace Ensemble and the Royal Free Music Society, Choirmaster of Belsize Square Synagogue and a regular conductor of the Quorum Chamber Choir. Performances with the Zemel Choir have included Holocaust memorial services for the Mayor of London, concerts at the South Bank and St John’s Smith Square, a broadcast for the BBC’s Songs of Praise and tours to Europe, Israel and the USA. Activities with the Wallace Ensemble have included performances at the Queen Elizabeth Hall and Purcell Room, while the professional choir of Belsize Square Synagogue has been featured on documentaries for BBC radio and television.

As composer, he has written music for the concert hall and the stage, including works using the texts and modes of Ancient Greek (performed in London and Oxford), a piano concerto (performed in 2003) and a cello concerto commissioned for the 70th anniversary of Belsize Square synagogue. He has written a number of pieces for the Zemel Choir, while he performed his latest instrumental work, Cocaine Overture, at the Chichester Festival in June 2013. As pianist, he works as both accompanist and solo recitalist, while his singing is primarily focussed on performances with his own Jewish barbershop quartet, bOYbershop, for which he has written a number of arrangements and original compositions.

Following the award of a PhD in 2010, he has worked as a visiting lecturer at Royal Holloway and Bristol University, while in 2011 he was appointed as Lecturer in Music at Regent’s University, London. He has given conference papers in the UK and America, and was on the organising team for a conference at the IMR in January 2013 (focusing on music in twentieth-century Britain). He has also worked as a researcher on a Royal Holloway project investigating the use of music to accompany silent films.